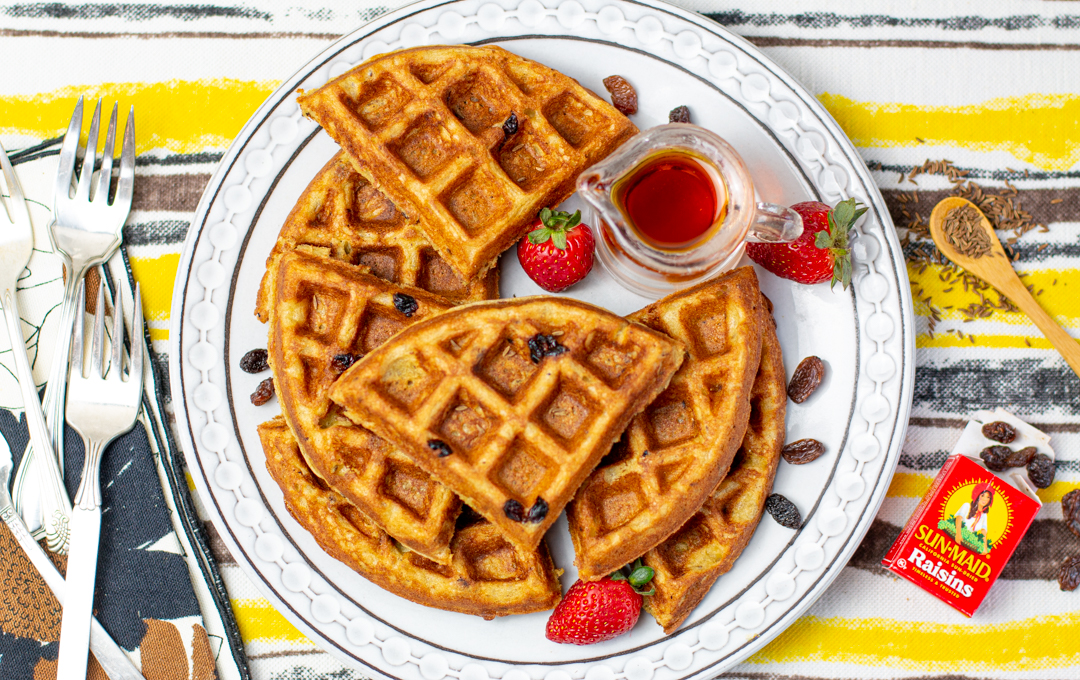 All the flavor and crunch of Irish Soda Bread – but delicious waffles!

Buttermilk based waffles with a boost of caraway seeds and raisins – great for breakfast, brunch, or the ultimate snack… I can’t stop eating them!
Works perfectly with regular flour or gluten free!

The batter is enriched with Raisins and Caraway seeds for a punch of Irish Soda Bread flavor.
A new Saint Patrick’s Day tradition!

These heavenly waffles are begging for a good pour of Real Maple Syrup!

Grades of Maple Syrup:
Get to know the right level of maple intensity…

Vermont Maple Syrup is said to have a lower water content and higher sugar content than other maple syrups.
All syrup produced in Vermont is 100% natural with nothing added.
Pure maple syrup is made by concentrating the slightly sweet sap of the sugar maple tree.

Who produces the largest amount of Maple Syrup worldwide?

Vermont consistently produces the most maple syrup in the United States, producing more than half a million gallons each year. Quebec, Canada is by far the largest producer of syrup in North America with production exceeding 6.5 million gallons.

Should we be being Organic Maple Syrup?
The real difference in organic maple syrup vs. non-organic is the assurance that an organic producer has treated his or her woods, not as a sap factory but as a living ecosystem. For us to be certified organic, we need to show we have maintained biodiversity in our forest. Organic maple syrup producers must ensure the presence of 15% companion species, which means at least 15% of the trees in their woodlot must not be maple. I have not purchased organic yet, but think it’s worthwhile.

The batter is made in just minutes – heat up your waffle iron and let the fun begin!

Just Like Irish Soda Bread – these waffles have a crusty exterior and hides a perfectly moist and fluffy crumb.

Tips for making and using a Waffle Maker: 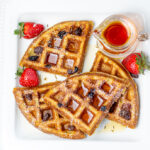