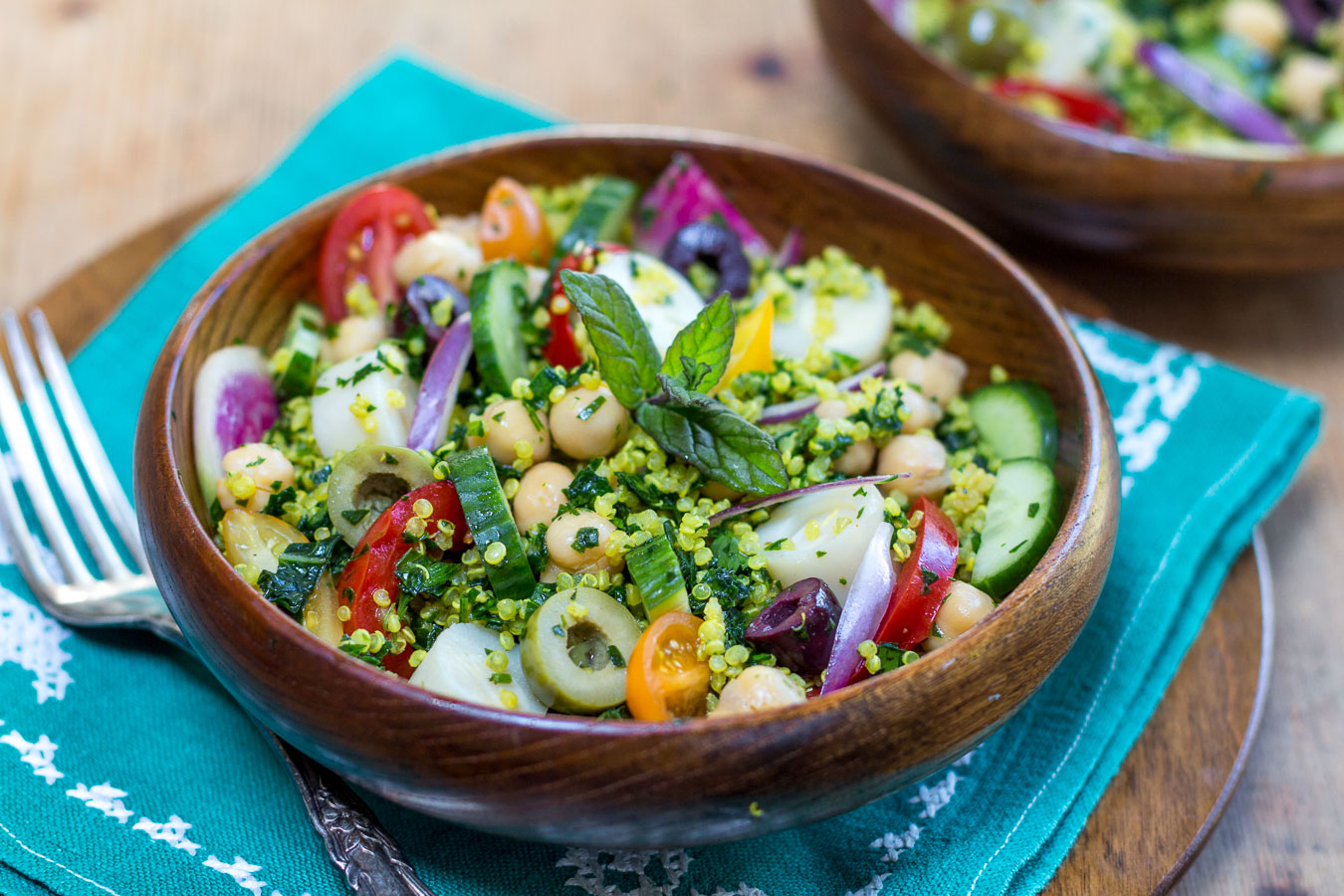 My version of they healthy Middle Eastern Salad spiked with a melange of Vegetables is tossed in a Zesty Lemony- Scallion Dressing. One of the healthiest salads you can eat. Refreshing and Addictive!

Add 1 1/2 cups of filtered water to a one quart pot with turmeric and rinsed quinoa.
Bring to a boil, cover and turn heat down to a simmer. Cook the quinoa until tender and plump – about 12 – 15 minutes.
Remove from heat, fluff with a fork.
Make the Lemony-Scallion Dressing.

To serve: Add sliced or torn mint. Serve with extra dressing on the side. Garnish with extra mint sprigs.

In a small bowl, whisk first 6 ingredients until well blended.
Slowly stream in the olive oil to make an emulsified dressing.
(If making in advance, store in a clean glass container in the refrigerator.)

This recipe may not be reproduced without the consent of its author, Karen Sheer.